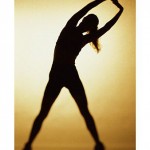 Diet and exercise will get you only so far. To beat the mental stumbling blocks that keep you from your ideal size, tap expert can-do solutions.

Fat Trap: You Give Up Too Soon

If there’s one skill that could further your fight to shed pounds, it’s patience. When FITNESS magazine readers were polled online about their obstacles to slimming down, 39 percent confessed they would ditch a new diet or fitness program if they didn’t see noticeable shrinkage in two weeks. “People want immediate gratification — to lose 20 pounds in six weeks,” says Stacey Rosenfeld, PhD, a clinical psychologist at Columbia University Medical Center and chief psychologist for the New York City Triathlon. “But even if you achieve your goal, that happiness leaves as quickly as it comes because you can’t sustain the measures you took to get there, measures that probably made you miserable anyway.” Naturally, when you get discouraged, you rebel, probably in the form of a 2 bags of crisps and a bottle of wine. This can set up a cycle of deprivation and overindulgence, which is not unique to humans. When animals on a calorie-restricted diet were finally allowed to eat freely, they gorged for days, a study at the University of Colorado in Denver found.

Everyone wants instant results, but permanent weight loss calls for a long-term commitment and a change in mind-set. “Think of losing weight as an outcome, not a goal in itself,” says Sofia Rydin-Gray, PhD, a clinical psychologist at the Duke Diet & Fitness Center in Durham, North Carolina. Make it your challenge to incorporate healthy behaviors into your daily life: Exercise for 60 minutes three times a week; eat whole grains for breakfast; avoid fried foods. “By shifting your energy to the process as opposed to the final result, you’ll feel a sense of accomplishment every time you make a good decision,” Rydin-Gray says.

Maybe you lost 30 pounds for a very special occasion — and gained it back in a snap. Or you vowed to slim down for bikini season, only to hide behind a baggy tee-shirt come July. Why risk another failure? “If you’ve failed at losing weight before, in your mind the threat of screwing up again still exists,” says Lois Barth, a lifestyle coach in New York City. In fact, 40 percent of the women that were surveyed admitted they worried about regaining the weight — and then some. The real danger, however, is that fear can become a self-fulfilling prophecy. By dwelling on the negative feelings associated with a past failure, you subconsciously call up the very behavior that caused it in the first place. Soon enough, you find yourself in the same snare.

On the flip side, thinking positively can go a long way toward producing the results you want. “Tell yourself there’s no such thing as failure,” Rydin-Gray says. “Some strategies work well, others don’t. It’s not a strike against your character, simply a sign you need to alter your behavior.” In other words, quit berating yourself for succumbing to the bag of chips last night, and instead ask yourself what triggered the snack attack. Zeroing in on what led to the munchies is infinitely more constructive than focusing on your perceived inadequacies. Once you identify the factors surrounding your kerfuffle, you can find alternative ways to handle similar events in the future.

In an online survey, 44 percent of women said they felt nervous about being able to stick with a new diet and exercise program.  You’re a creature of habit, albeit bad habits. You’d rather stay true to your routine — or lack thereof — than test the waters with a new one. “It’s possible to become used to a bad thing to the point of not wanting to let it go,” Rosenfeld says. After all, accepting the label “overweight” or “out of shape” can become a kind of security blanket, lowering your expectations of yourself and what your body is capable of achieving.

Changing your body for the better means stepping out of your comfort zone and taking a few risks. To help ease that nervous feeling, set a concrete timetable. Tell yourself you’ll hold to the new program for three weeks; you can always go back to your old ways later. (Once you start seeing the slimming results, you’ll have a change of heart.) Another tip: Keep your eye on the big picture. “In your mind the risks have to be worth the payoff,” Barth says. “If you want to trim down, you to have to try a new approach, because the way you’ve been living hasn’t been working.” Make yourself a priority; find exercise that inspires you. Love your body as it is right now and you’ll respect and appreciate it more.